In the Ten Percent Foundation’s latest round of donations, Cure Parkinson’s has been chosen by the trustees to receive £1000. This is an ongoing donation for us – we have been supporting Cure Parkinson’s for a long time.

In 2005, frustrated by the lack of progress in research or curative treatments, four people living with Parkinson’s set out to find a cure, focussing on research projects with the potential to slow, stop or reverse the progression of Parkinson’s.

Since then, the charity they started has made significant progress in the quest for a cure. Cure Parkinson’s has funded millions of pounds of research, made scientific discoveries and opened new avenues of research.

“We have raised and facilitated significant investment into Parkinson’s research. We have been responsible for uncovering scientific discoveries which will, I have no doubt, ultimately lead to a breakthrough. And we have involved people with Parkinson’s every step of the way, ensuring research is relevant and targeted…”

To slow, stop or reverse Parkinson’s.

We have been supporting Cure Parkinson’s for over 5 years now, with regular annual donations. Charities linked to Parkinson’s are of particular interest to our trustees, Jeremy & Jonathan Fagan. Their late father, who was one of the original trustees of the Ten Percent Foundation, discovered he had Parkinson’s late in life. He once said he wasn’t sure he ever wanted to see a doctor again after visiting three times and being first diagnosed with diabetes, then epilepsy and finally Parkinson’s! Seeing his struggle against this horrible disease made us keen to support the quest to develop more effective treatment and drugs. We undertook research into Parkinson’s charities some years ago and Cure Parkinson’s ticked all the right boxes. The charity exists solely to study Parkinson’s and undertake research to find a cure, without running up significant costs – unlike certain other charities in this area..

How will the donation help?

Our £1000 donation has part funded (in a very small way!) the charity’s International Linked Clinical Trials Programme. This has 25 trials organised, with drugs being tested that show strong biochemical evidence of being able to change Parkinson’s.

Patty Stein, the charity’s Trusts Officer said “your continued support is so valuable to us and we are very grateful.”

For more information about the work of Cure Parkinson’s please visit www.cureparkinsons.org.uk. To donate directly to the charity please click here. 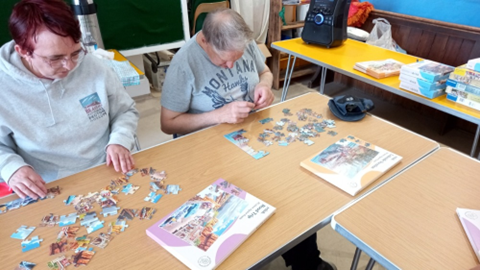