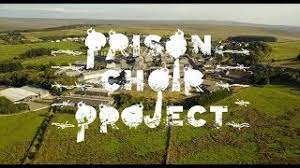 The Ten Percent Foundation trustees have made their first round of awards for 2022 and will be providing an outline of each charity we have donated to every month for the next 12 months. The first of these is the Prison Choir Project.

The Prison Choir Project is a charity with the objectives to rehabilitate prisoners, ex-offenders and people experiencing mental disorder by the advance of the arts and culture, in particular through the performance of opera, song, and choral music.

The charity hopes to provide a pathway towards establishing a reduction in reoffending, building self-esteem, improving self-confidence and employability skills for all those involved. The charity has an outstanding track-record – they have run eight major projects in four prisons (HMP Dartmoor, HMP Drake Hall, HMP Kirkham, HMP Wandsworth) including fully-staged performances of Carmen, West Side Story and Guys and Dolls; featured on Prison Radio on Christmas Day; been reviewed in The Times, Inside Time, Devon Magazine, and Country and Town House; engaged with more than 1000 prisoners and prison staff and worked with 100 professional musicians; they have also brought more than 1000 members of the public into prisons.

“I am absolutely overawed at how happy I was for signing up! In the 15 years I’ve spent behind bars this is one project that I would do again and again. I found it helped my self belief, self worth, self confidence, it eased my PTSD and it stopped my craving for illicit drugs.’ Darren

Music as an art form is used as a connective strand that fosters purpose, hope and sense of direction for people who are incarcerated in our prison system and for those ex-offenders re-joining society/communities.

Music, and in particular singing, provides a road map for prisoners and ex-offenders to:
Improve wellbeing – mentally, physically, socially and emotionally.
Create an awareness of potential and capacity to learn and develop through music.
Tap into potential skills and talents with the possibility of building a career of employability in the music/arts field.
Develop self-confidence, self-belief and self-determination to succeed through music thereby enabling and reducing the possibility of reoffending.

Prison Facts (from the charity)

​Scotland and England and Wales have the highest imprisonment rates in western Europe
Nearly 59,000 people sent to prison to serve a sentence in 2018, 69% non-violent
Nearly half of adults (48%) are reconvicted of another offence within one year of release
Prisoners and staff are less safe than they have been at any point since records began, with more self-harm and assaults than ever before. Despite a brief decline, the number of self-inflicted deaths is rising once again.
Assaults on staff have more than tripled in only five years to 10,213 in 2018
The average annual overall cost of a prison place in England and Wales is now £40,843
Most women entering prison under sentence (82%) have committed a non-violent offence

“As we approach the end of Covid restrictions this is a time to reestablish links with prisons, reopen projects that have been on ice and prepare for a busy end to 2022 with performances planned throughout the UK in HMP Send, HMP Bristol and HMP Dartmoor. At the end of April we workshopped an opera by Benjamin Britten called Billy Budd with professionals and prison ‘alumni’ and were in HMP Dartmoor in the first week of May.”

The charity have just finished a series of workshops with prison alumni in Lewisham and they are hoping to stage an opera next year in HMP Dartmoor.

Action you can take:

The charity are collecting CDs for inmates to listen to. Visit their website for further details on where to send CDs to. A lot of the CDs go into HMP Dartmoor where the prisoners run the CD library.

Why do we donate to charities linked to prisons and the criminal justice system?

Jonathan Fagan, our founder, is a non-practising solicitor who started his working career as a criminal defence solicitor in Nottingham. “I saw first hand the appalling state of the criminal justice system generally – it doesn’t seem to have changed for the better in the last 20 years. One of the key issues for me is the way prisons seem to exist for politics and profit but not to do much at all for the people actually incarcerated. Charities like the Prison Choir Project may only be small, but they will provide a route to a better life for some ex-prisoners who may otherwise have been heading straight back inside again.”